A modern take on the classic 17th Century French Herringbone.

A modern take on the classic 17th Century French Herringbone.

An alternative to herringbone parquet

Chevron parquet are singular rhomboid shaped pieces of wood laid in a symmetrical pattern. Also known as Pointe de Hongrie (Hungarian Point) this patterned wood floor is derived from a style of embroidery made popular during the 16th century attributed to Princess Elizabeth of Hungary.

This style of parquet was used extensively in many of the new apartments during the rebuilding of Paris by Baron Haussmann the prefect of Napoleon Bonaparte lll and many of these floors still exist to this day.

Chevron in effect is a style of Herringbone or fishbone pattern but with a pointed V shaped joint  between rows and set at 45 degrees or 30 /60 degrees depending on how you view it.

The Chevron pattern has even been used in medieval construction and  is also a popular pattern used in textiles. Despite it’s illustrious origins Chevron is essentially a zigzag pattern which has been found in many different cultures and civilisations throughout history.

Our Chevron Floors can be made to your exact specification with the size of the parquet and colour being made to your specific request. 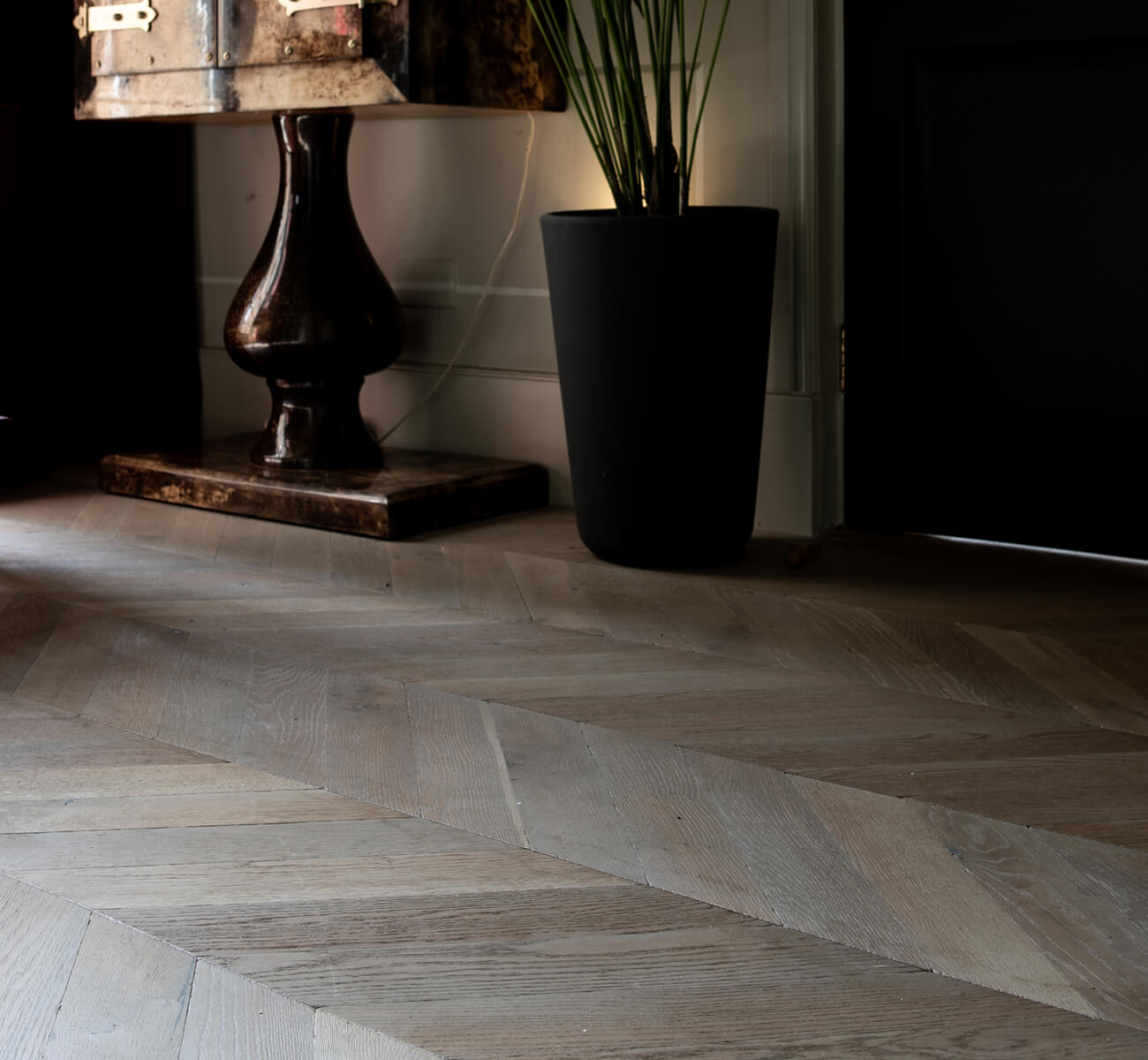 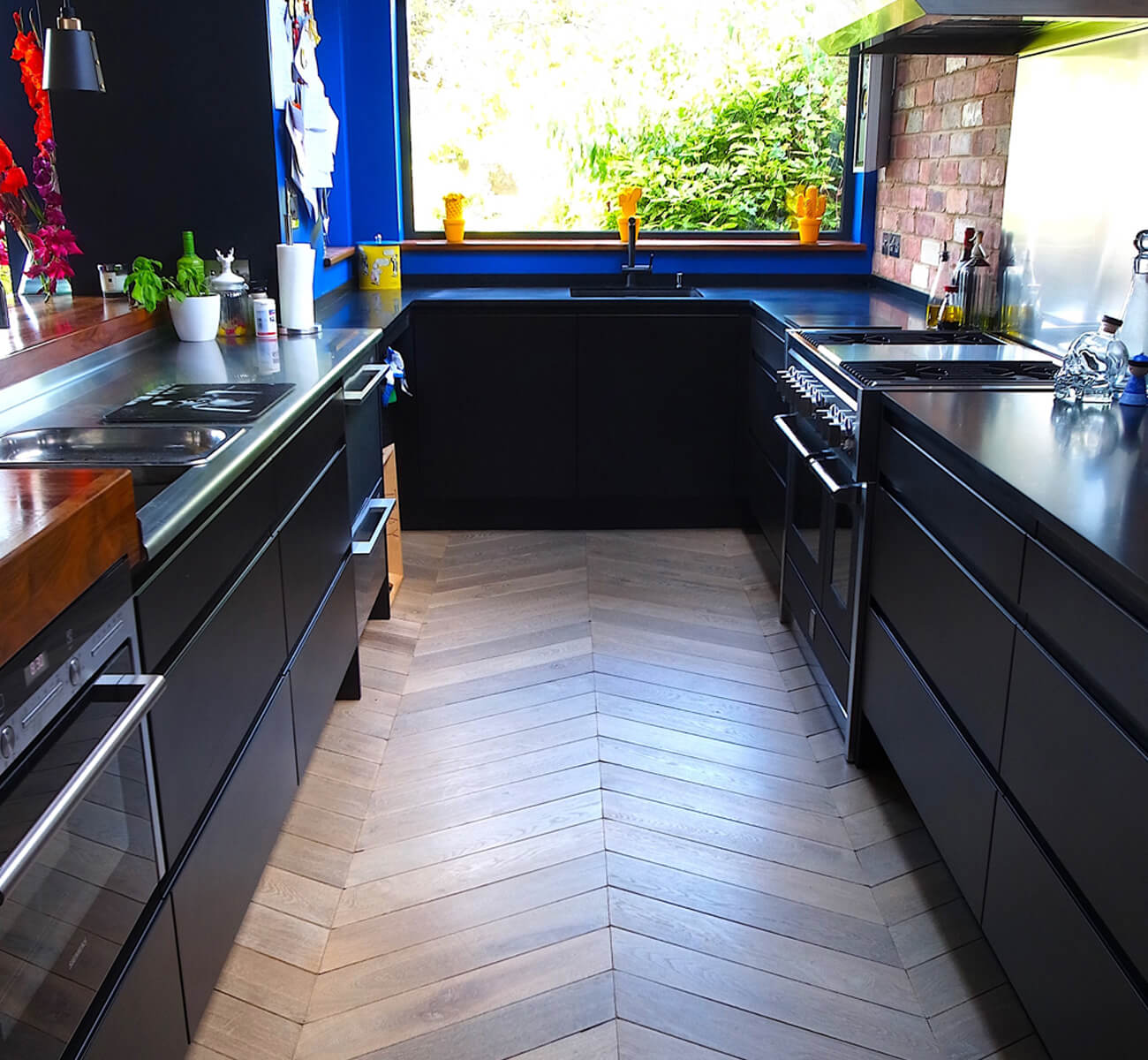 Quintessentially a style of parquet flooring more associated with mainland Europe, this elegant and interesting parquet is now popular in the United Kingdom.

Contact us to find out how we can help you choose your new real wood floor.

This website uses cookies to improve your experience while you navigate through the website. Out of these, the cookies that are categorized as necessary are stored on your browser as they are essential for the working of basic functionalities of the website. We also use third-party cookies that help us analyze and understand how you use this website. These cookies will be stored in your browser only with your consent. You also have the option to opt-out of these cookies. But opting out of some of these cookies may affect your browsing experience.
Necessary Always Enabled
Necessary cookies are absolutely essential for the website to function properly. These cookies ensure basic functionalities and security features of the website, anonymously.
Functional
Functional cookies help to perform certain functionalities like sharing the content of the website on social media platforms, collect feedbacks, and other third-party features.
Performance
Performance cookies are used to understand and analyze the key performance indexes of the website which helps in delivering a better user experience for the visitors.
Analytics
Analytical cookies are used to understand how visitors interact with the website. These cookies help provide information on metrics the number of visitors, bounce rate, traffic source, etc.
Advertisement
Advertisement cookies are used to provide visitors with relevant ads and marketing campaigns. These cookies track visitors across websites and collect information to provide customized ads.
Others
Other uncategorized cookies are those that are being analyzed and have not been classified into a category as yet.
SAVE & ACCEPT